Here's how to make changes to a company's articles of association

Here's how to make changes to a company's articles of association

A sole proprietorship is a today the main engine of the economy. While wage employment remains the condition of millions of people, the rate of business creation continues to increase each year. And this was even true at the height of the health crisis that we have hopefully overcome today. This clearly shows how taking individual initiative has become the heart of economic innovation, but also the essential lever for resilience. It is therefore a safe bet that this trend will only increase in future years, given the current political orientations. 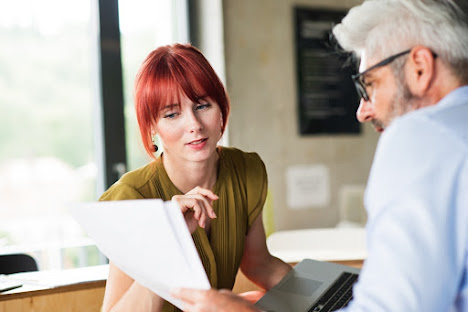 However, business life is not easy. While many see their evolution follow an upward and relatively regular slope, some are in decline while still others see their development marked by various events. And to cope with change and comply with the law, it is sometimes imperative to make changes to the statutes of a company. Here's why and how.

The statutes, the legal identity of the company

The drafting of the articles of association is an essential step in the process of creating any company in France. Apart from the micro-enterprise regime, which is a particular case, every entrepreneur must write articles of association that comply with the regulations when creating their structure. This obligatory legal act must in particular include information that makes it possible to identify the company, such as its form, its
object, its corporate name or the address of its head office. It should also be possible to find the identity of the contributors or the amount of its share capital.

The law specifically regulates the drafting of the articles of association. And this depends strongly on the type of company created. The example of the SARL is typical of very restrictive drafting but also reassuring for the neophyte, unlike that of the SAS which leaves much more freedom to the entrepreneur to organize his company. The drafting is therefore a decisive phase, in particular, because it will impact the possibilities of future development of the structure, but also because any modification of the company's statutes will incur costs. These will also depend on the legal form concerned and the choices made by the entrepreneur.

Why change the articles of association of a company?

In general, it will necessarily be necessary to make changes to the articles of association of a company as soon as you wish to change any of the information they specify. In other words, if you plan to move the registered office, an increase or a reduction in the share capital, a change of object or corporate name, you will have to embark on the procedure. In short, any change in the "identity" characteristics of the company and the elements related to this identity will force you to modify the statutes of your company.

This therefore also applies to a change of legal form. This is a very frequent case because it regularly happens that the success of a company obliges it to change in order to obtain more capacity to act in its sector, to bring in new shareholders to its capital or optimize its taxation. You should also know that the articles of association generally govern a large part of the operating rules of the company. Thus, if you want to transform the balance of internal forces by changing the type of relationship between partners or if a manager named in the articles of association leaves his post, you will again have to modify your articles of association.

How do make changes in the statutes of a company?

To be able to make changes in the statutes of a company, your first instinct must be to consult the said statutes. It often happens that the statutes provide details on the nature of the procedures to be carried out. In addition, the legal form of your company will also have an influence. In SASU for example, you will not need to call a general meeting, only the agreement of the sole shareholder will be necessary.

If the methods differ according to the cases, one can all the same present a calendar which will most often be adapted to modify the statutes of a company. It will therefore first be necessary to convene an extraordinary general meeting, then have the statutory amendment voted on and draft the minutes attesting to the decision. In a second step, a legal announcement must be published in a sworn newspaper before registering the modification with the registry of the commercial court on which the company depends. You should also know that to carry out the operation, you will have to provide essential documents such as a copy of the minutes mentioned above, the ceria M2 form, completed and signed, a copy of the updated statutes, a certificate of legal announcement of modification of the articles of association as well as the check for court fees.

Some examples of scenarios requiring a change of status

Making changes to the articles of association of a company may, for example, be necessary in the case of a change of manager under the regime of a SARL or an SCI. This is also the case when appointing a co-manager. The partners will then have to make the decision during an extraordinary general meeting and record it in the minutes. This must be signed by both the partners and the departing manager, except of course in the event of death.

The transfer of headquarters is also a typical case requiring the modification of the statutes. The change of company address is indeed frequent and can be motivated by different reasons, such as the extension of the activity or the increase in the number of employees. Be aware that the terms and conditions are variables depending on the status. In SARL for example, the vote must be validated by a group of partners representing at least ¾ of the shares of the company, while in SAS, it will always be necessary to consult the statutes to know the procedure.

Finally, we can also mention the case of the change of Chairman under the SAS regime, which is also relatively frequent, particularly in the event of the transfer of the company to children. Most of the time, but remember that under this regime the statutes have a significant influence on the procedures to be followed, it will simply be necessary to organize an extraordinary general meeting and then follow the classic procedure: minutes, publication of the legal notice, and registration of the modification through the registry of the commercial court.

The importance of drafting the articles of association of a company

The drafting of a company's articles of association is a particularly important moment. First symbolically and even emotionally, since it marks the launch of the structure for all those who take part in the adventure. Moreover, it is also the moment when the partners orient their options in terms of economic development, governance, taxation, or even future transmission in a sustainable manner. Writing your articles of association well is therefore absolutely vital and you should not hesitate to seek advice from an expert if you do not have the necessary technical background.

The drafting of the statutes commits you over the long term. More importantly, you should know that making changes to the statutes of a company is not free. You can of course choose to write the new statutes alone, but you are taking legal risks. So prefer to be accompanied by specialists, especially web platforms, which are much cheaper than the usual lawyers or accountants, while being just as effective. In addition, it must be understood that regardless of your status, EURL, SAS or SARL among others, certain modifications will involve the publication of legal announcements and therefore costs, so think carefully when writing the initial draft!